Pirum is the Latin word for pear; it refers to the edible fruit that grows both in summer and in winter. Amongst thousands of varieties, pears have two distinct origins: the common pear tree (Pyrus communis L.), originally from the Middle East, or the Chinese pear tree (Pyrus sinensis), from Central Asia, which belongs to the Rosaceae family. If the former was cultivated under the Roman Empire, the latter can be traced back to China 6,000 years ago. Typically narrow at the stalk and wider towards the base, the pear comes in a range of colours – green, brownish-green, yellow or red – and more surprising even, in a dark, heirloom variety, known as the black Worcester pear. Uniting both lineages in a singular perfume, the scented candle depicts the juicy, black fruit: its sweet, slightly gritty flesh is both firm and voluptuous.

44.95
€
Actualmente no tenemos stock. Contacta con nosotros.
Thank you! Your submission has been received!
Oops! Something went wrong while submitting the form. 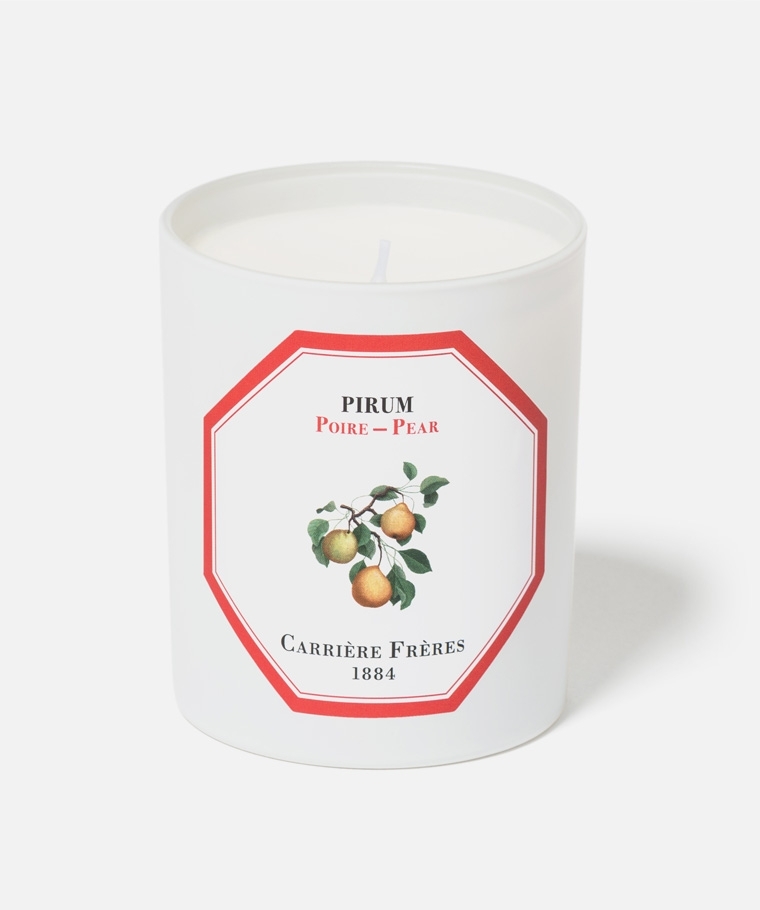 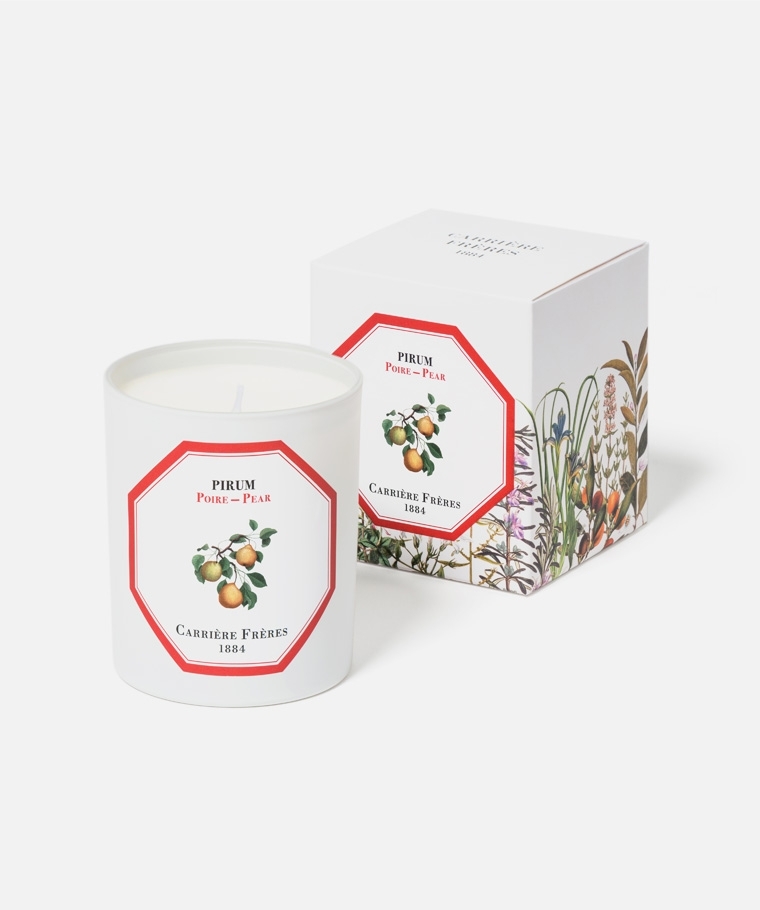